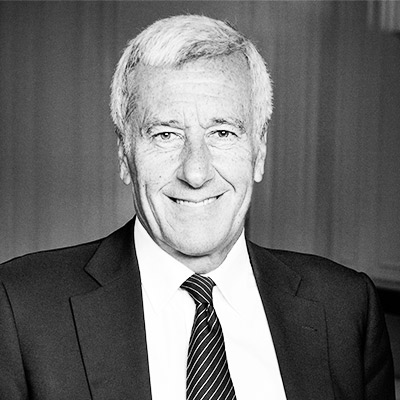 EMMANUEL GAILLARD (Chairman of the SAB)

Emmanuel Gaillard is the Founding Partner of Gaillard Banifatemi Shelbaya Disputes. He has advised and represented companies, States and State-owned entities in hundreds of international arbitrations. He also acts as arbitrator and expert witness. Emmanuel Gaillard is universally regarded as a leading authority and a star practitioner in the fields of commercial and investment treaty arbitration. Professional directories and publications have noted his “standout reputation”, “incredible wealth of knowledge and experience” and “fantastic record in the field.”

Over the course of his career, Emmanuel Gaillard has acted on many of the largest international disputes submitted to arbitration. In addition to the USD 50 billion award secured for the majority shareholders of the former Yukos Oil Company, he acted on the ICC arbitration brought by The Dow Chemical Company against Petrochemical Industries Company of Kuwait, which led to a USD 2.47 billion award in favor of Dow, previously distinguished as the largest arbitral award rendered in the history of international arbitration. An Emeritus Professor of Law at Sciences Po Law School and a Visiting Professor of Law at Yale Law School and Harvard Law School, Emmanuel Gaillard has written extensively on all aspects of arbitration law, in English and in French. Co-author of a leading treatise in the field (Fouchard Gaillard Goldman On International Commercial Arbitration), he also authored the first published essay on the legal theory of international arbitration. The volume, originally published in French (Aspects Philosophiques du droit de l’arbitrage international), was subsequently published in English (Legal Theory of International Arbitration), as well as in Arabic, Chinese, Spanish, Hungarian and Portuguese translations. Emmanuel Gaillard has been appointed by France on the ICSID Panel of Arbitrators. He regularly acts as expert for the OECD, UNCTAD, and UNCITRAL. In 2010, he was appointed as expert by UNCITRAL for the drafting of the UNCITRAL Guide on the New York Convention.